I was so very unhappy with the diary I bought in 2011. I really liked the size it was as it fits in my handbag/utility belt and the idea that there was plenty of paper to just draw on. The downside was there was too much paper wasted tellling me which year it was and having lines that were too small to write in. It was the very standard diary shrunk to be about A7. I started redesigning a better diary just for me! 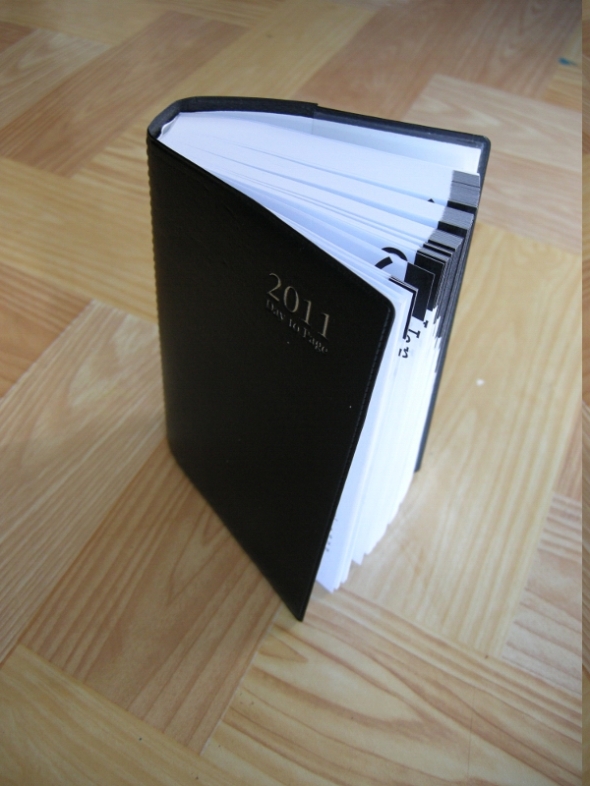 I felt like making something with my hands. I remember making these woollen things as a child – on a much smaller scale with paddle pop sticks. To begin I went into my backyard to find a couple of good sized sticks. Then I went through my mum’s wool collection and found rements of wool to use. Then I started securing the sticks and looping the wool around the sticks, over and over again until I finished.  I quickly made an information graphic (using Kassandra Designs Signature Typeface I have designed) to explain what I did. 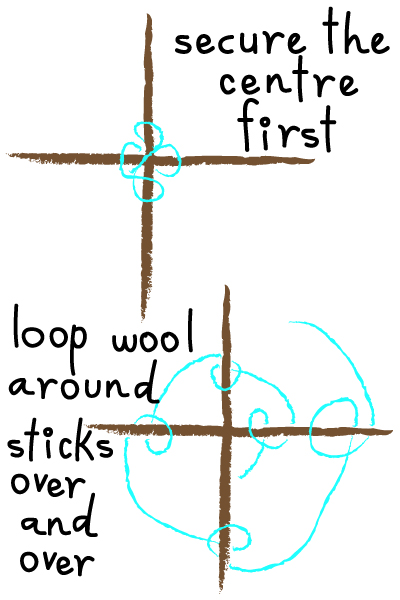 How to make the woollen thing.

I have taken plenty of photographs of the final product. Here is two – one is how I suggest it is displayed (stuck in the ground) and a close up of the centre.

I used purples and blues and a row of black between the two. It looks great and I kept my hands busy for a few hours while I made it.

At the Woodford Organisers Group conference referred to as “The Big Chat” I got to:

I will be making signs for the Dreaming Festival in June 11-13th. The role also involves placing the signs around the festival. The department head of Signology was happy to have me on board as I am a graphic designer and have typography, map making, computer based design (printing and laminating) and painting skills.  As a true leader eager to induct an enthusastic new team member I was told about the new printer and laminator, Bubbles and Bobo respectfully; shown where the signs are stored; how to brave the cold Woodfordia climate during winter and a basic overview of operations before the festival (set up).

It was great I can’t wait until I get to see my family at Woodfordia again soon. 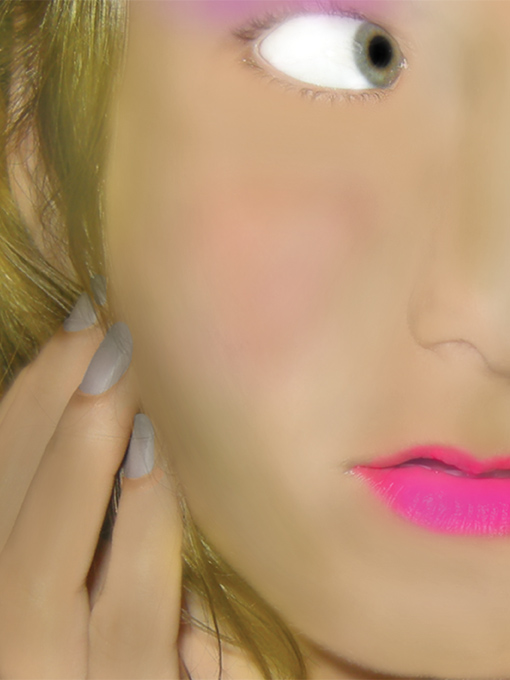 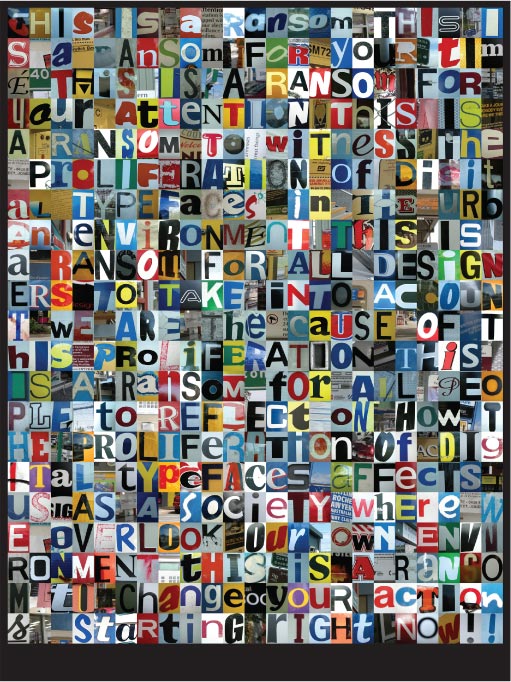 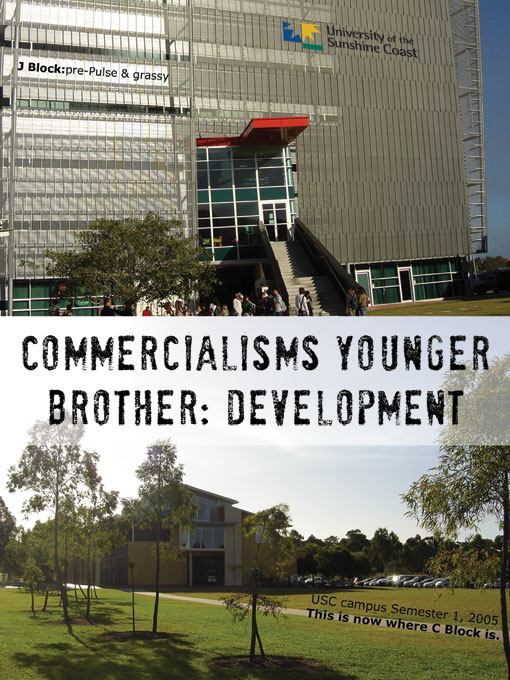 This is a digitally enhanced photograph of my “Wil Anderson In Stitches memorial poster” which is signed by Wil Anderson, includes the ticket, logo from comedy festival, a blurb on comedy festival and the small version of the promotional posters for Wil’s performance. That was a great show, Wil is a champ! It was very strange and coincidental that Sharri and I met Wil Anderson on Queen Victoria Bridge here in Brisbane, since none of us actually live in Brisbane and at which stage its not really a common route through the city for pedestrians.

The poster was made the day after from a frame that was purchased but never used and some matte that was purchased and turned out to be the wrong size (no reciept no refund they told me) it was great to be able to reuse both and make something that is a memorial to a strange moment indeed.